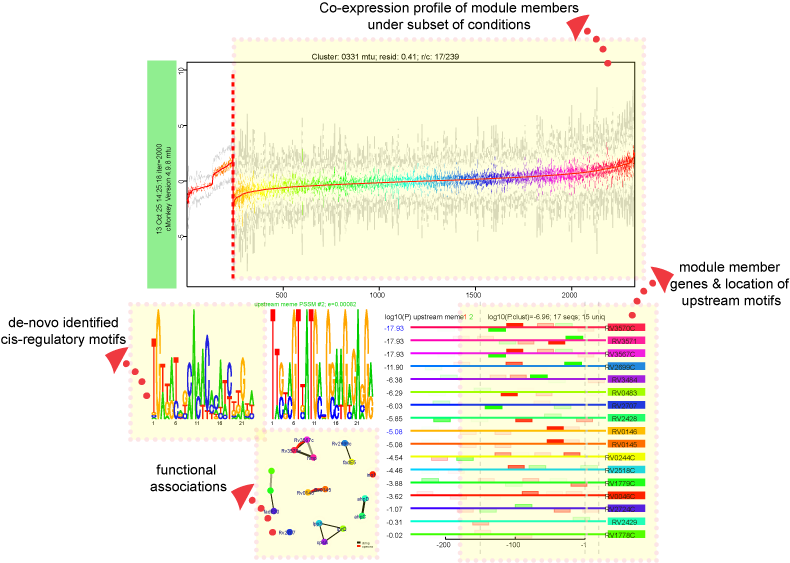 Biological networks contain sets of regulatory units called functional modules that together play a role in regulation of specific functional processes. Connections between different modules in the network can help identify regulatory relationships such as hierarchy and epistasis. In addition, associating functions with modules enables putative assignment of functions to hypothetical genes. It is therefore essential to identify functional enrichment of modules within the regulatory network. We use hypergeometric p-values to identify significant overlaps between co-regulated module members and genes assigned to a particular Gene Ontology category. P-values are corrected for multiple comparisons by using Benjamini-Hochberg correction and filtered for p-values ≤ 0.05.
Summary
Module Plots
Members
Displaying 1 - 5 of 5
Motifs
Displaying 1 - 1 of 1
GO Terms
Displaying 1 - 1 of 1
Gene GO Terms
Displaying 1 - 2 of 2
Discussion