How to use TFOE Searchable Worksheet 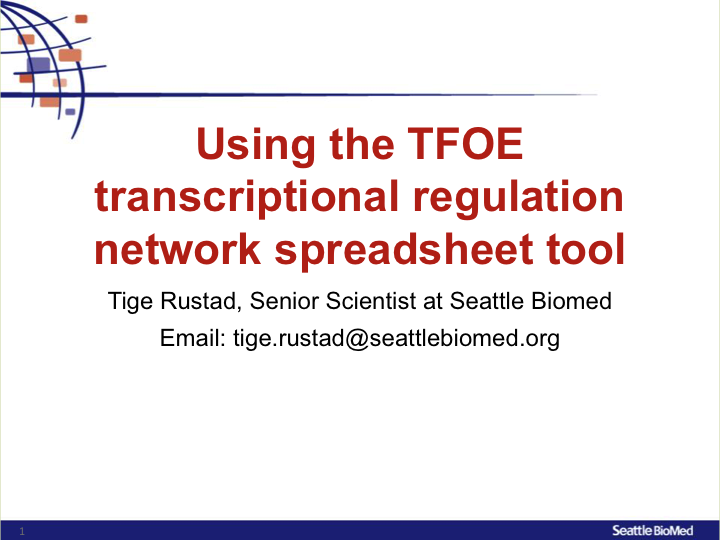 What is the TFOE network? 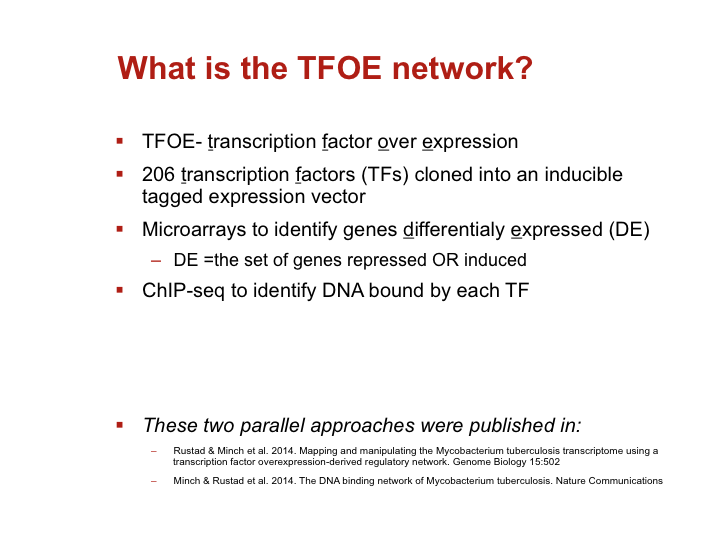 What does the spreadsheet do? 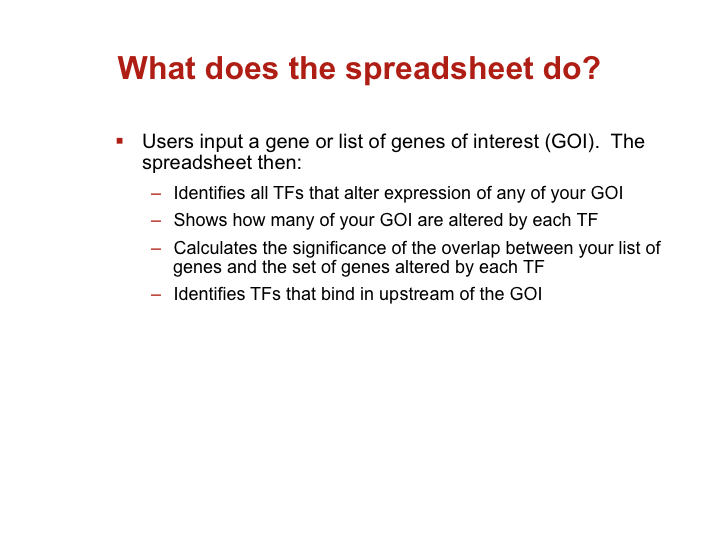 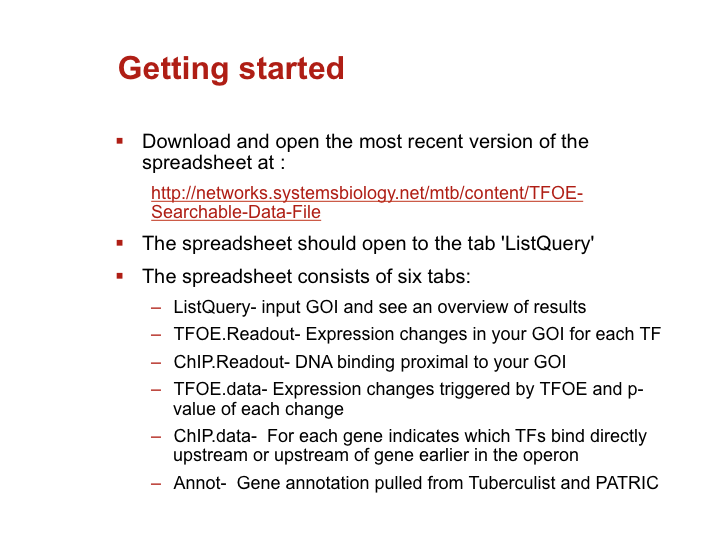 Step One: Choose your gene(s) of interest 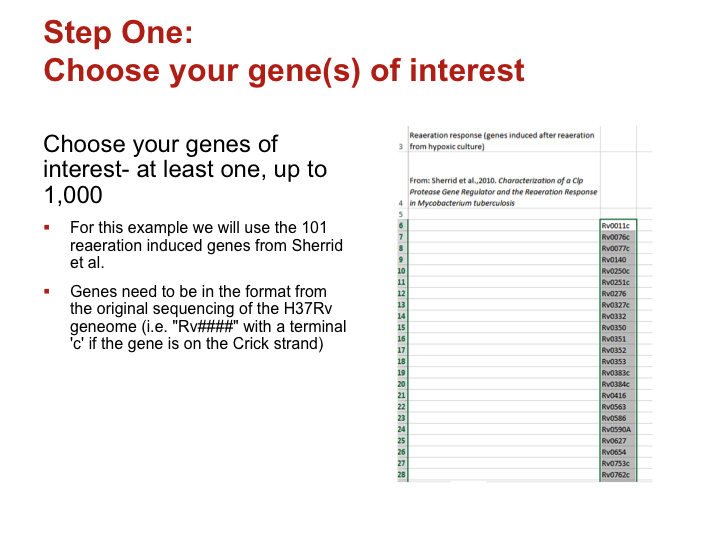 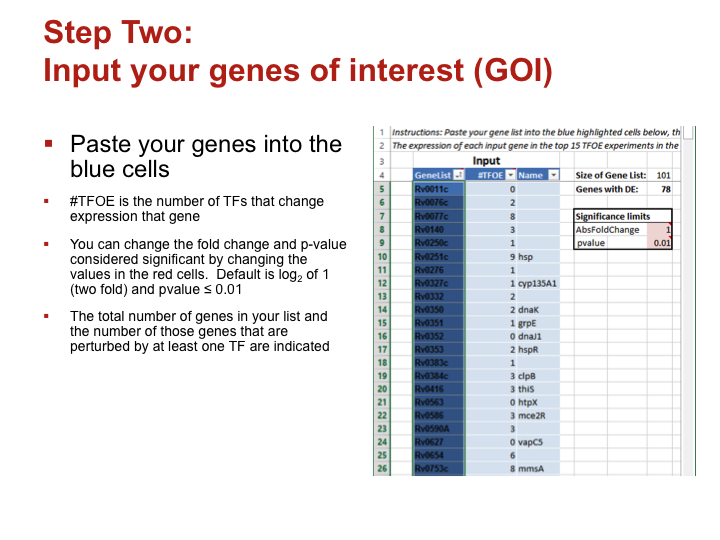 Paste your genes into the blue cells

Identify overlaps between GOI and each TF 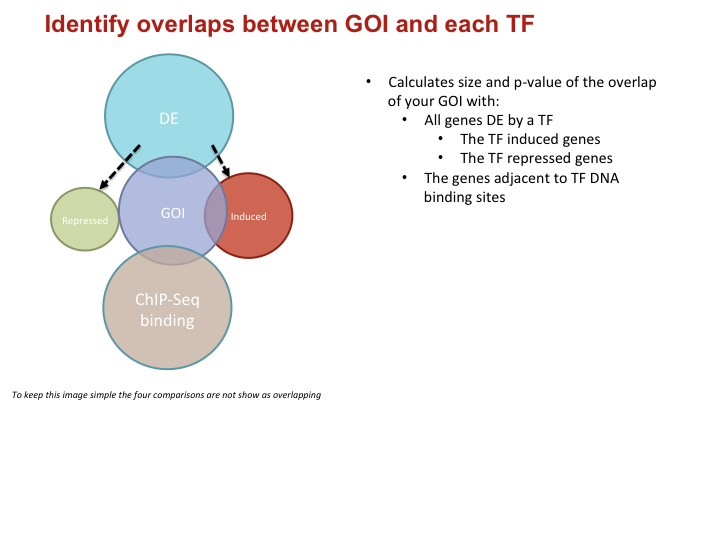 Compare GOI and genes bound/DE by each TF 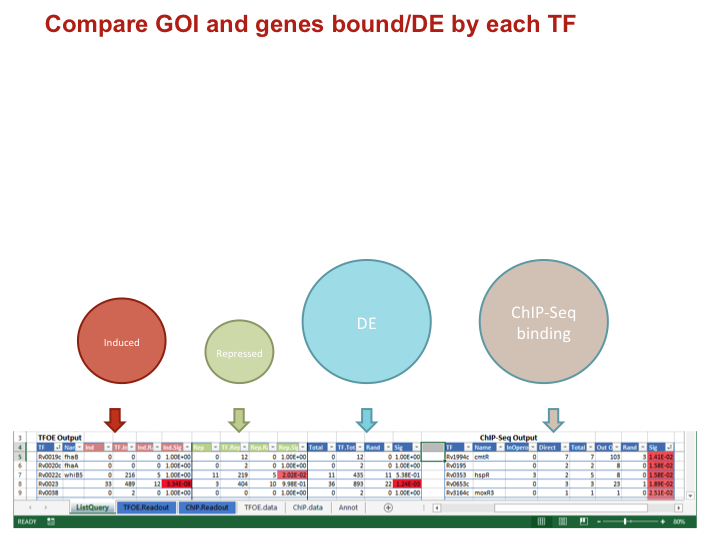 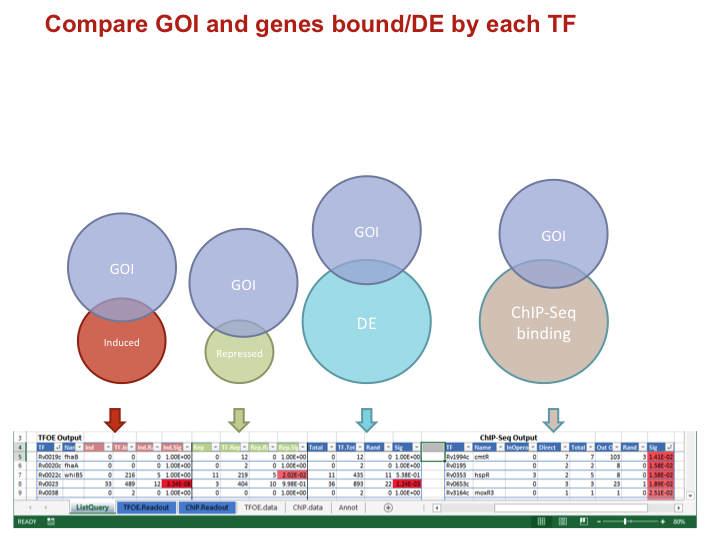 Data types for each comparison 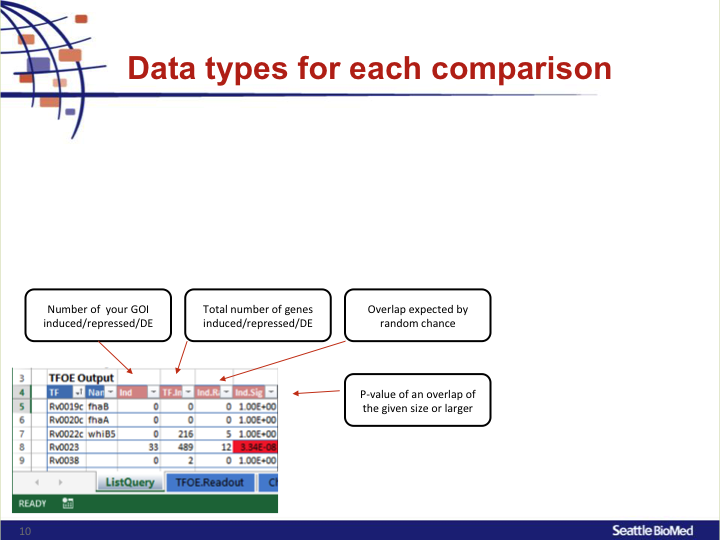 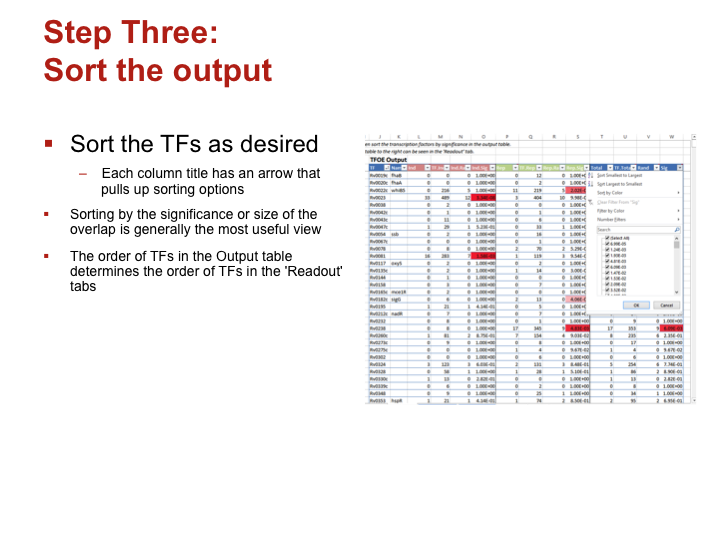 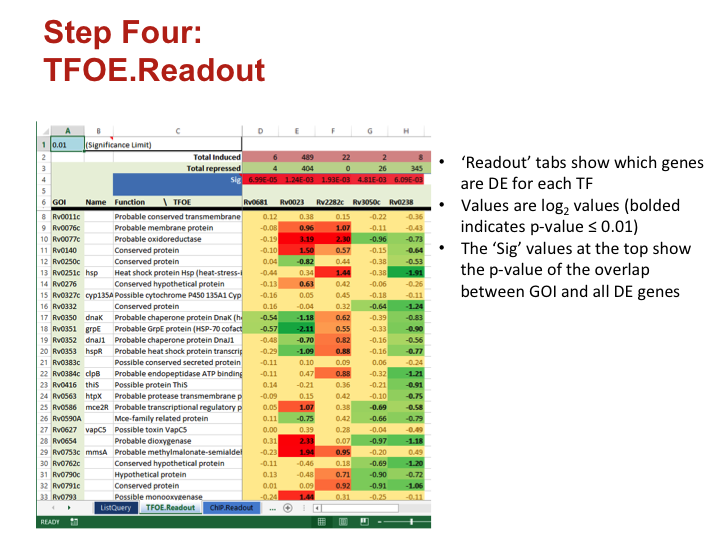 How to use TFOE Searchable Worksheet

To investigate the MTB transcriptional landscape in a systematic manner, we developed a high-throughput approach to identify the genes controlled by nearly all predicted MTB TFs. We individually cloned and conditionally overexpressed 206 MTB TFs to induce the regulatory signature of each one. Using this approach we identified the sets of genes affected by TF overexpression (TFOE) and assembled them into an easily searchable map of transcriptional regulation in MTB.

Accessing large datasets like the TFOE expression data can be difficult when the data spreads over thousands of genes and hundreds of regulators. To address the difficulties usually associated with accessing large data sets, we have designed a simple Excel spreadsheet for querying TFOE data to find regulators of specific genes or sets of genes. (Rustad et al. Genome Biol. 2014)